May 31, 2019
I am only 23 years old and yet I relate to Atlas who becomes sentenced to an awful punishment. Holding up the Heavens to keep them separated from the Earth. Granted this is not the worst punishment anyone in Greek Mythology has received but it is still pretty brutal. I could never imagine having the weight of the heavens only shoulders and yet, I still try. I have been trying to hold so much weight for all of my life. I am tired. I am drained. I am exhausted.

Why is his punishment so significant to me?
There are a few myths that stem from Atlas but the one most people know best is that Atlas fought against the Olympians as a Titan. The Titans lost against Zeus and were banished to Tartarus, which is basically todays version of Hell. Except Atlas, who was put in-between Heaven and Earth, which to me resembles purgatory (which I do not believe in). There are also stories of Hercules coming and spending time holding up the Heavens, because of his strength. Atlas in return did some favors for Hercules but that is another story for another time.

How does it relate to my life?
This might be a big stretch.
I have been Christian for all of my life and boy has it been a journey. I have views and opinions that might seem very liberal. I have experiences that have made me dislike the church. I have met Christians that have made me not want to identify with the religion and I hope to unpack a lot of it as this blog continues and also as I gain more knowledge with the Bible.

My Christian journey has been full of every emotion you can think of. But this post is to briefly highlight forgiveness. If you know me personally, you know how big I am on forgiveness and love. I will forgive someone in a heartbeat, maybe even quicker than that.
No, Zeus did not forgive but Atlas also was not just condemned to Tartarus like everyone else. I am not sure which would have been the easiest punishment to live through but Atlas still got to be in the world. I am sure he saw so many things as he got to look into Heaven and Earth which is better than just rotting in exile.

I have made so many mistakes and have sinned so much that I should be punished to rot in exile; Hell. I should be condemned to burn eternally. Like Atlas, I have fought against a high and mighty power but - unlike Zeus - with God I am still loved and cared about. Many people do not know this but I fought against God for most of my college career, then I got over myself and submitted. I actually turned my back so hard in college, I should have gotten whiplash. Even when I recently moved to Massachusetts I fought against Him to enjoy worldly pleasures until very recently.

With all of this, God has forgiven me. He tells me that I am His, I am forgiven, I will be with Him in eternity. I am living proof of Gods grace and mercy. Boy, do I have a lot of stories to tell. He has given me the power of compassion and empathy. He has given me the wanting to teach from all the experiences I have and still face. He has given me a spirit of worship that is much bigger than I can even see in this moment, I know it will be revealed as I grow older and gain wisdom. There are so many mysteries He has implanted in me that I become aware of as I grow. 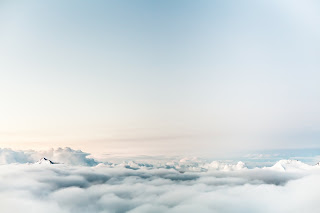 Perfection is Not Possible

I have been dating the coolest guy for over 6 months now. He is gentle, caring, kindhearted, strong, protective, goofy, and so much more. He was put into my life at the perfect time and we are constantly growing together as a couple and as individuals. He pushes me daily to be a better woman. I get to practice and show unconditional love at all times and how to have a listening ear. I also get to practice patience, kindness, and being slow to anger. I talk about him all the time and each day I talk about him I feel like a magnet is pulling my heart closer to his. He could have broken up with me for so many reasons before we even hit three months and could have done the same for him. But we have worked through a lot of things and we know there is still more for us to work through as time progresses. I used to believe there was a perfect person for me but perfection is not possible. He is not perfect but I think he is a fantastic fit for my life. He brings me joy, not happiness. He

I have had quite the two weeks. As I write this, I am on the floor of BWI awaiting to board a JetBlue flight. I was supposed to be in a Spirit flight and I should have been back to Massachusetts at 9:15pm. It is currently 8:34pm and we are not going anywhere yet. Getting to MD was as easy as can be but getting out has given me a major headache. It is like there is something in this state that never wants me to leave. I left MA on August 2 to go back to MD. Less than 15 people knew about this. There are many reasons I kept this visit on the down low, but that is a story for another day. I came back to MD just to fill in for two weeks at the best camp on Earth ( River Valley Ranch ). I left my boyfriend, my real job, and my home to come back to MD and it’s been rough. There has been a lot that has been thrown at me within the past two weeks. I have been extremely stressed out. Right before I left I had just moved into my new home for the year. I have not unpacked anything. I have